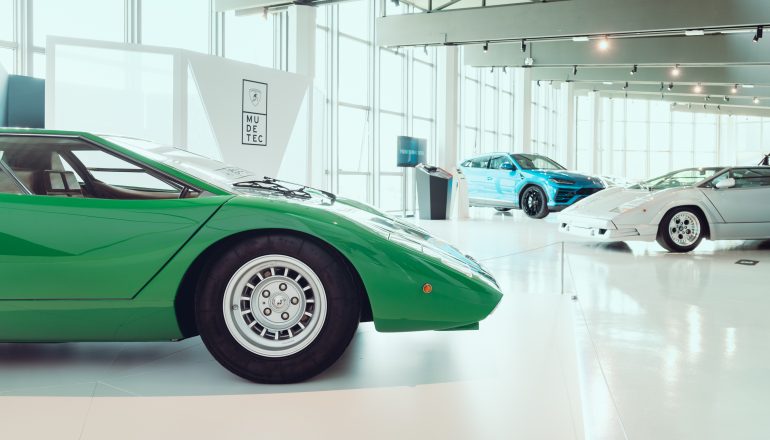 The MUDETEC, Automobili Lamborghini’s museum in Sant’Agata Bolognese, will reopen its doors to the public on May 3. Following the forced closure of the last months due to the pandemic, one of Lamborghini’s most iconic places comes back to life with the new exhibition “Future is our legacy”.

In Lamborghini tradition, the exhibition – divided over two floors – perfectly synthesizes innovation and tradition: the two souls of the House of Sant’Agata. A tunnel at the entrance ignites visitors’ emotions with the unmistakable sound of the V12 engine, along with a video that celebrates the iconic V12 models. On the ground floor, the path is laid out so that visitors can discover the models produced from the ‘60s to the ‘90s, from the Miura to the Diablo, and then take a leap into the futuristic design of two recent visionary models: the Essenza SCV12 and the Vision GT.

The undisputed protagonist of the second floor is the Countach, which this year celebrates its 50th anniversary: a model that, in addition to being a bedroom poster for an entire generation and used in dozens of international films, helped make Lamborghini a legend. Placed on a platform, the Countach seems to look over the models produced since 2000, which inevitably took inspiration from it in terms of both design and technological solutions. The tour continues among limited edition models, such as the Reventón, Sesto Elemento, Veneno, Centenario, and the first Lamborghini with hybrid technology, the Sián.

The experience is also enriched by activities with extensive digital and innovative content, a trademark of Automobili Lamborghini. Engaging with Lamborghini fans to offer an exciting and interactive experience, a driving simulator includes a new feature: the “Social pass-by card”. By being positioned in front of the screens, visitors can take a photo next to a favorite Lamborghini, share it on social media, and take home the memory of a special day in a unique place. 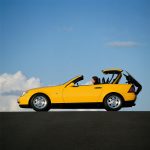 The trendsetter: 25 years ago, the Mercedes-Benz SLK aroused...
Next Story » 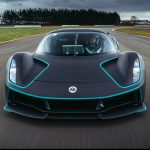