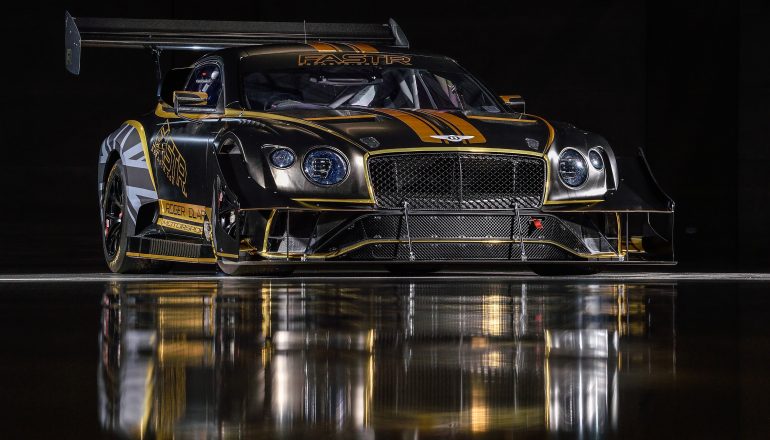 Bentley is aiming for a third record at the iconic Pikes Peak International Hillclimb with a new and even more outlandish race car.

The Crewe-based firm will be looking to build on its success in 2018 and 2019 when it broke records for production SUVs and production cars. This latest attempt will look to break the Time Attack 1 record which applies to modified production-based cars.

As a result, the car of choice is loosely based on the firm’s Continental GT but shares more in common with the GT3 race car.

The Continental GT3 Pike Peak will be driven by Rhys Millen who is aiming to beat his previous record-breaking times, finishing the course in less than nine minutes and 36 seconds.

Referred to as the ‘most extreme road-car-based Bentley in history’ by the firm, the GT3 Pikes Peak features a comprehensive aerodynamic package, including the biggest rear wing ever fitted to a Bentley. Beneath this is a rear diffuser, while at the front sits a two-plane splitter.

The engine is a 4.0-litre twin-turbo V8 which, on this occasion, will run on biofuel. Despite the change in fueling, Bentley says that it’ll produce the same amount of power and ensure that the engine keeps running at optimal levels even at the huge elevations of the course.

Dr Matthias Rabe, Bentley’s member of the board for engineering, said: “We are delighted to be returning to Pikes Peak for a third time – now powered by renewable fuel, as the launch project for another new element of our Beyond100 programme.

“Our powertrain engineers are already researching both biofuels and e-fuels for use by our customers alongside our electrification programme – with intermediate steps of adopting renewable fuels at the factory in Crewe and for our company fleet. In the meantime, the Continental GT3 Pikes Peak will show that renewable fuels can allow motorsport to continue in a responsible way, and hopefully it will capture the third and final record in our triple crown.”

The car now enters a test and development phase in the UK, before being shipped to the US for further altitude testing. An update on the car will be issued next month prior to the Pikes Peak International Hill Climb on June 27.

The Hill Climb is one of the most famous motorsport events in the world, pitching cars to tackle a climb of over 12 miles up to the summit of Pikes Peak in Colorado, US. 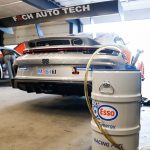 Porsche to test sustainable fuels in 911 Cup racing...
Next Story » 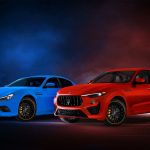