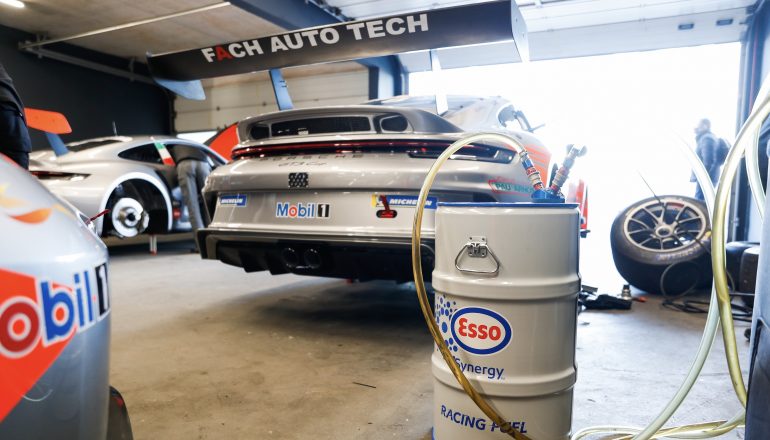 The new Porsche 911 GT3 Cup car will use Esso Renewable Racing Fuels to provide an intensive test bed that it hopes will accelerate a potential path towards being used in consumer products.

Porsche says it has already tested to make sure the car’s high-revving 4.0-litre engine can deal with the biofuels and will now use it in all eight races this season.

For 2021, the cars will use a bio-based fuel blend, which has been obtained from food waste products and mixed with other components to provide the usual combustion behaviour expected of fuel. It will have an octane racing equivalent to 98 octane.

In 2022, the cars will use a new synthetic fuel – also referred to as ‘eFuel’ – which Porsche says will reduce greenhouse gas emissions by 85 per cent. This has been sourced from the Haru Oni pilot project in Chile, which generates hydrogen and mixes it with carbon dioxide captured from the atmosphere to produce methanol.

Oliver Schwab, project manager of the Porsche Mobil 1 Supercup, said: “The testing of new technologies in racing has a decades-long tradition at Porsche. We’re proud to be able to assume a pioneering role for Porsche on the critical topic of eFuels.

“The Supercup is the first international racing series to use renewable fuels. Given that our races are held as part of the FIA Formula 1 World Championship, we’re very much in the eye of the media, the public and other manufacturers involved in motor racing.”

Porsche has been making a lot of noise recently about synthetic fuels, saying that the benefit is reduced harmful emissions and the ability to continue using existing internal combustion engines and refuelling networks.

The recent trend towards using a higher ethanol mix in petrol can be harmful towards older vehicles that are not made for it, something that is not an issue with e-fuels.

It announced partnerships with a variety of firms, including tech giant Siemens, last year. The group is opening a synthetic fuel plant in Chile powered by the wind to further reduce emissions. 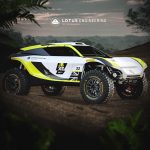 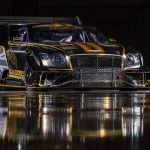