Not quite a star 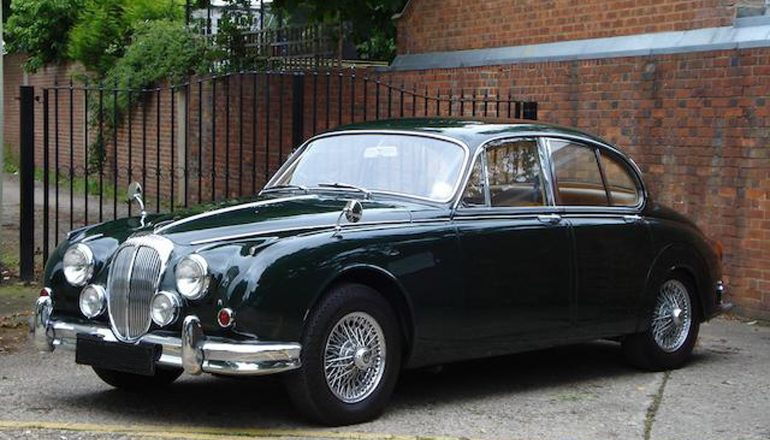 Because of this, classic enthusiasts have had to pay high prices to own one, but until recently you could own virtually the same car for just over half of the price. Daimler, who were bought by Jaguar in 1960, produced another version: the Daimler V8 250.

At a passing glance you might very well have mistaken the 250 as a Mark 2 Jaguar, since it used the same unibody, where the chassis and bodyshell are made together as one unit. Externally there were only a few differences, namely, the Daimler style radiator grill, wheel trims, badges, rear number plate holder and two exhausts, one at either side of the rear as opposed to the Jaguar’s placed to one side.

The exhausts were a clue as to what really separated the two cars from each other: the engine. Whereas Jaguar used their proven straight-six units, Daimler, who were more concerned about luxury and a smooth drive rather than performance, fitted their 2.5ltr V8 engine with automatic transmission and power-steering as standard. As is pretty usual with an engine with a cylinder bank on each side, the exhausts of the V8 were split on the underside of the car.

The V8 was 51kg lighter than the straight-six engines necessitating revised suspension settings, and the original diff was changed early in production to lower the engine revs in order to make it more comfortable at high speeds and to lower petrol consumption.

The interior was very luxurious and as well as being fully carpeted with leather upholstery and walnut wood finish on the window sills and dash, it had its own Daimler badged steering wheel. Another, perhaps strange feature, was the old-fashioned split front bench seat, as opposed to the Jaguar front seats being separated by a centre consol.

The Daimler was also available in a wider range of interior and exterior colours than the Jaguar models and from 1967, in the final two years of its production, was rebadged as the Daimler V8-250. The upgrade included a heated rear window, padded dashboard top and improved electrics, and was noticeably different externally with new slimmer bumpers.

It was unfortunate that the Daimler, or the 2.4ltr. Jaguar version for that matter, never achieved the reliability or the acclaim of the larger engine Jaguars. Although the Daimler 2.5 V8 had its devoted followers, with over 17,600 being sold from its introduction in 1962, it was overshadowed by the high performance sports saloon image created by the 3ltr-plus Jags with their race-proven engines.

Paqpaq Not quite a star
« Previous Story 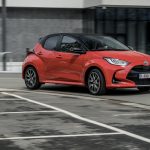 Test-drive: Car of the Year
Next Story » 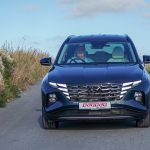