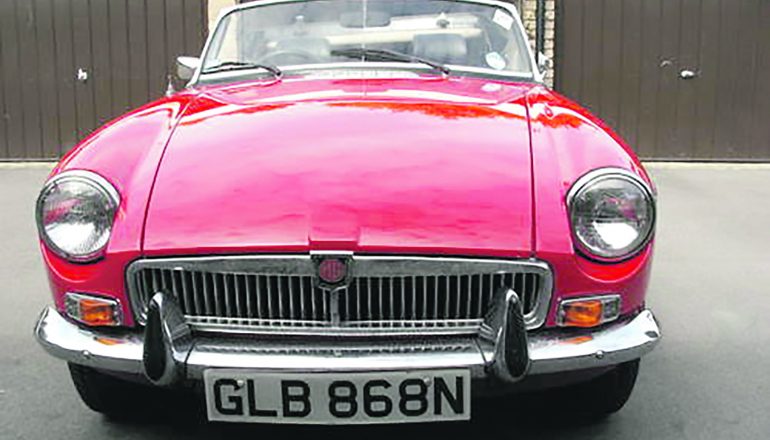 Inspired by his friends, Noel Aquilina decided to trade modern for vintage, says JOSEPH BUSUTTIL from the Old Motors Club.

The crossroads of life, like a traffic junction, are an important stage in the human journey. It is a time when one reflects on the past, ponders the present, and plans for the future. Important decisions have to be taken, including putting all resources together in order to put up a strong stance with the aim of realising a dream, or face an unusual challenge.

Noel Aquilina was brought up in a family where cars were always important.

“My father Charles was very keen on cars, but being a businessman, the vehicles did not gather dust in our large garage in Balzan, and as soon as the right offer came along, the vehicle would depart to be replaced by another,” he said.

“Consequently, both my two brothers John and David, as well as myself, followed our father’s footsteps in developing an enthusiastic interest in the four-wheeler, but always concentrated on modern cars.”

From his youth, Aquilina has formed part of a group of friends that frequently got together with their vehicles.

“A very significant bond developed between us over the years, and it is still going strong to this day. While we shared many interests and had quite a lot in common, there was one big difference between us. While my friends gathered in the group in their old motors, I stood out as I always came along in my current modern car, standing out like a sore thumb,” he explained.

Obviously many were the comments by his friends over the years egging Aquilina on to discard modern cars and join the fold with an old timer.

“One of my best friends, Charles Zahra, was the leading initiator, urging me to get out of my comfort zone with modern vehicles and taste the joys of classic cars. As my 49th birthday was approaching, I decided to do something different in midlife, spoil myself and go for it – and in the process started to look for an MGB, a classic car that I was already familiar with, although from a distance.”

Aquilina finally found what he wanted in London, a deal was eventually done, and the vehicle was soon in Malta.

“The red 1974 model was in a very good condition. I only needed to carry out some minor body work, as well as upgrading the black upholstery. There was also a deep sense of nostalgia about the MGB, which harked back to my youth.”

Produced between 1962 and 1980, the MGB was a two-door sports car produced first by the British Motor Corporation and subsequently by British Leyland, as a four-cylinder soft top roadster. Sporting a 1.8 L B-series 14 engine, the model proved to be a significant success not only in the UK, but also on the export market, especially in America.

However, new safety regulations imposed by the US meant that from the second part of 1974 the MGB started coming out with a different look. The chrome bumpers overriders were replaced by rubber ones. A new steel reinforced black rubber bumper at the front incorporated the grille area as well, giving a major restyling to the nose. A matching rear bumper completed the change. The new US headlight height regulations also meant the MGB headlamps were now too low. Rather than redesign the front of the roadster, the car suspension was raised by one inch. Aquilina adds that luckily, his model came out in the first part of 1974, and thus was unaffected by these changes, which subsequently somehow altered the MBG’s previous slick and sporty appearance.

He now began to join his old motors friends driving his MGB.

“All went well for a while, but at one point some of them, who came along in their old Jaguars, started to suggest to me that I should now look for a similar model. Charles Zahra, who from his first days in the group used to drive around in his father’s Jaguar, was the most persuasive.” Consequently, Aquilina started searching for a Jaguar.

Originally Aquilina was going for an XJ S model, but eventually found out that a number of such models had already been imported in Malta. Feeling that the local scene was overcrowded, he turned his sights to an XJ C coupe Series 11. Such a model was located in the north of England.

“The owner had not used it for a couple of years, and although we were dealing online, I sent a friend to have a closer look at it in order to set my mind at rest.”

On arrival in Malta, Aquilina found that the 1977 Jaguar, with black leather upholstery, was in a very good condition. Nevertheless, he decided to respray it in its original red colour.

The XJ is a series of luxury vehicles produced by Jaguar in four series that stretch from 1968 to the present day. The flagship of the company, the XJ is one of the cars to be found in the garage of the British royal family, while a stronger version is used by the British prime minister. The Series II was manufactured between 1973 and 1978, and around 10,000 came off the line. The two-door coupe, with a pillarless, vinyl hard top body, was based on the short wheelbase of the XJ, and came with either a 4.2 L or a 5.3L engine.

Proudly rotating his two classic vehicles on an equal basis, Aquilina soon joined the Old Motors Club, where he participates in runs and rallies.

“I would like to involve myself more often in events and activities, but work pressure sometimes comes in the way.

He added that for him, the local old motors scene is developing in a very healthy way. Interest is keen, especially on particular marques, and as an example he cites the formation of one brand clubs, like those for Jaguars, Minis, and American cars.

Asked about harbouring any desires for future classic car acquisitions, Aquilina , who is also a member of the Valletta Grand Prix Foundation, said that he has two dreams.

“I have long wished for a 1974 Porsche 911. This is a model I have ardently admired from close as well as from a distance ever since my childhood. Some of these models are available on the market, but their asking price is increasing by the hour.”

The second dream is a bit closer to home.

“A lot of old cars passed through my father’s hands, but although he was keen on cars, he was not a collector, and soon the old motors left our home. I can still vividly see in our garage a Mercedes Pagoda sports, a Fiat 125, an Alfa Giulietta, and others. I would dearly love to lay my hands on one of my father’s old cars, buy it, and bring it back to the family fold.” 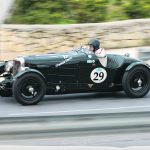 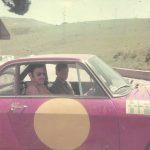