From scale models to real ones 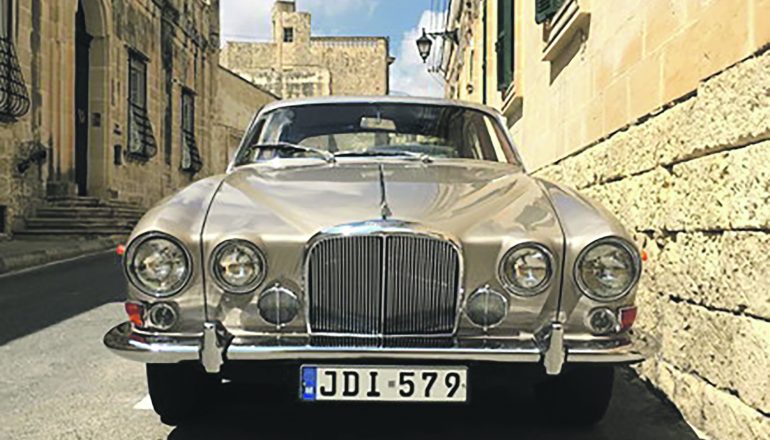 An uncle who used to gift him with scale models fuelled Marcus Harrison’s love of classics, says JOSEPH BUSUTTIL from the Old Motors Club.

As a small boy born in England to a Maltese mother, Marcus Harrison had the best of both worlds. There were regular family visits to Malta from an early age, while relatives went over to England to see them at frequent intervals. He always looked forward to the visits of one particular uncle, who arrived loaded with boxed Matchbox classic car models – something that would have a significant effect in the future – and which can still be seen today, displayed in brand new condition in a glass showcase in his impeccable, large garage.

“I always loved cars, and at 18 bought my dream vehicle, which my budget dictated to be a brand new Ford Fiesta,” he says. “However, shortly afterwards, a good friend of mine, from where I used to lived at Southend-on-Sea, had to sell his old Triumph Dolomite, and for unknown reasons, I bought it. The fact that my father also drove a Triumph may have unconsciously influenced me.”

Harrison started to find out that he was using the old car much more than the new, now idle Fiesta.

“With its intense 16-valve engine, wood trimmings, rare ice blue colour, smell and sounds, it gave me a thrilling, hands-on feeling, and definitely was much more fun to drive. Now I was so different from my friends with their flashy new cars!”

The Triumph Dolomite was kept for a year, and then replaced by another old vehicle.

“In England there is a different culture as to how long one stays with the same car. There is a wide and accessible market, with a wide variety of vehicles to choose from, cheap to change, and no problem of space,” he explains. “Usually an old car is parted with before it is has to undergo its MOT, the UK version of the VRT, which is every three years.”

Harrison says that while his current car would not bore him, he would go after something that he saw and he wanted, loving the chase. True to form, during his many years in England, he reckons that around 130 vehicles passed through his hands. Among others that stand uppermost in his mind, he highlights an early Ford Lotus Cortina Mark 1, that he ran into the ground, and which now would be much sought after, and a 1963 Sunbeam Alpine. There was also a string of Jaguars, including the XJ.

In the early 1990s, he started a small business selling spare parts for the Rover P5, sourced by tearing cars apart. In the process he came across a Rover P6, which he really liked, and which underwent a nut-and-bolt restoration. After enjoying it for some time, he exchanged it for a Lancia Beta HPE.

“I had never driven a car like it before, and it immediately infected me with the permanent Italian car bug, meaning that at periodic intervals, I had to have, despite their quirks and foibles, a Lancia or an Alfa Romeo.”

When his father died, his mother decided to return to Malta in the early 2000s, and Harrison started visiting the island more frequently in order to help her settled down. His stays were becoming longer, and finally, four years ago, he also decided to remain here for good. With him came his current car at the time, a 1990 Mercedes SL 500. He soon sold it, and not long afterwards, purchased a similar Mercedes model.

“The 1984 pale metallic blue model was in a very good condition, and except for the replacement of some chrome parts and trimmings, needed no attention.”

As he started to settle in Malta, his yearning for Italian cars came back, and soon he was attracted to an Alfa Romeo Giulia Spider that he found online in Holland.

“The 1963 graphite grey model oozed a very Italian, Amalfi coast, Dolce Vita vibe. From the photos it looked in very good condition, and I bought it. Looking back, I took a risk buying it online, especially for the amount of money it cost, but luckily there were no regrets, and its 1.6L engine is one of the best in existence.”

“I accompanied my friend Alex to Holland, as he was going to look at a Fiat Spider – the Dutch seem to really appreciate Italian cars, and they are good people to deal with. After this task, the dealer took us to a friend who had a collection old motorcycles and cars, and among the latter, I espied a rare, Lancia Fulvia 1300cc two door coupe. Loud bells rang in my mind, for some years earlier, my partner had given me a model car of this make as a Christmas present. Things happen for a reason in life, meaning I had to buy this 1966, Saratoga white model, which was in an excellent condition.”

In Harrison’s garage, there is also a 1967 Jaguar 420G, that belonged to his partner’s father.

“He bought it brand new, an early four-door model featuring overdrive and manual gearbox. On his death, the golden sands coloured car had been garaged for 17 years. When it eventually saw the light of day again, it needed a full mechanical overhaul.”

He says that a friend from the UK came over to help him out in the task, as he says that he has more technical ability than confidence, and therefore seeks expert advice when the need arises.

The 420G was the new name given in 1967 to the Jaguar Mark X, the company’s top of the range saloon car for the decade between 1961 and 1970. The large and luxurious vehicle was mainly aimed at the US market, targeting heads of state, diplomats and film stars. It was also the first Jaguar saloon with independent rear suspension.

A fifth vehicle that graces his garage is a 1968 Bentley T1. Produced between 1965 and 1980, the car was a Bentley badged version of the totally redesigned chassis-less Rolls Royce Silver Shadow.

“I bought it recently from a Mayfair Rolls Royce and Bentley dealership in London,” he says, as he brings out a stack of original documents detailing the history of this extremely rare vehicle, of which only 1,700 were produced.

Its records show that this Bentley led a privileged life. The owner requested extras from the factory, such as additional mirrors, lamb’s wool floor rugs, air conditioning, and seatbelts. As far as factory documents show, this T1 is the only car to come off the line with a particular dark blue colour with a bit of a purple mix, a combination known as Circassian Blue.

Maintained all its life to very high standards, the factory documents also include a manual which features specific instructions to the chauffeur as to the driving of the vehicle – for such cars were rarely driven by their owners. Needless to say, Harrison has not done anything to the car, except search for its original radio, which he managed to find.

The latest addition to his collection is an Aston Martin.

“It is only nine years old, but all Aston Martins are classic straight from production, being hand built and signed off by the individual inspector. It is a Vantage model, with tungsten silver paintwork and a dark red interior.”

Harrison says that he went to England with a friend of his to help him buy a car for his daughter, and ended up finding this one owner, very low mileage car for sale – he just had to buy it.

“We drove both cars to Malta, which was quite an experience – a 1,700-mile adventure on mainly autostrada roads in an Aston Martin is truly unique.”
The old cars, all of which are roadworthy and taken out on a rotation basis, sit at various angles in more than comfortable space in the well groomed and clinically cleaned garage. His office one floor above has a glass window wall, from which Marcus can glance downwards upon his classic four wheel extended family at leisure. One wall of the garage is taken up by the showcase of model cars, all meticulously spaced out. Besides the presents of his uncle many moons ago, the showcase also contains other models of many of the old vehicles that he owned at some time or other.

Harrison opines that the love of the Maltese for old cars, as well as old motorbikes, is quite phenomenal. Through a common interest, aficionados get together and some lasting friendships are formed on the basis of this shared passion. He sees the Old Motors Club as a valuable asset, a voice for the enthusiast, as well as a pressure group that successfully takes up motoring issues. Finally he says that sometimes, too much flak is fired at old cars with the regards to the amount of pollution that they are said to produce, while ignoring the obvious environmental damage that modern cars are also capable of causing.

Vintage From scale models to real ones
« Previous Story 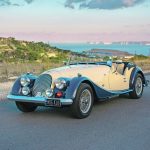 Lines of beauty
Next Story » 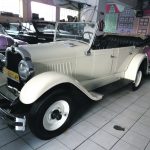