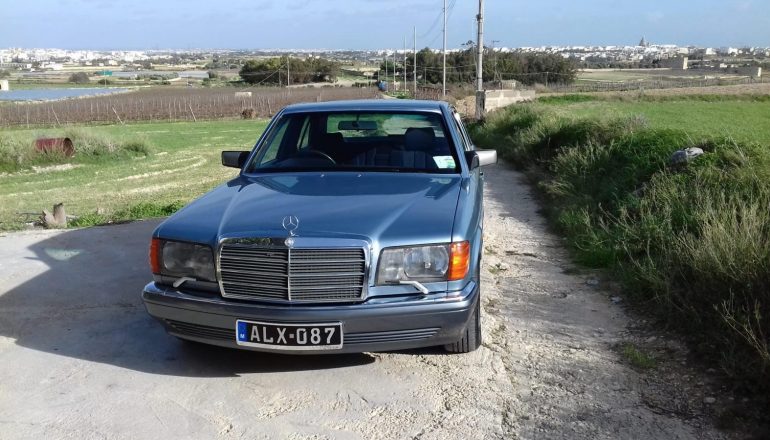 In the late 1970s and early 1980s, the Fiat 132 was a very popular car in Malta, and many were attracted to the distinctive and innovative features of this large family saloon, which took it to the upmarket level. Among the owners was Paul Attard, who used it regularly for many years. After giving him long and sterling service, he decided to sell it to his son Alex, who, on coming of age, had just got his driving licence.

“I had long been dreaming of getting my hands behind the steering wheel of the Fiat,” starts Alex.

“Being very keen on cars and experimenting with them, I soon began to make some changes, including changing the engine from petrol to diesel. I was also part of a group that loved to race cars, so the Fiat, instead of tender loving care, saw a lot of speeding and all that comes with it, and as a result it was damaged and broke down a number of times.”

The Fiat 132 was launched in 1972, replacing the 125 Berlina. Improvements in appearance included a longer wheelbase, while the overall length was substantially increased. Two years later, the model sported a new grille and longer tail lights. In 1977, grey plastic bumpers, lower side rubbing strips, and distinctive clover patterned steel wheels were introduced. Production ended in 1981.

Alex continued to use the 1980, sky blue-coloured Fiat for four years before selling it. Then came a succession of modern cars prior to a period when he started flirting with the thought of getting a classic car.

“I had always been giving more than a fleeting glance when an old timer passed me by on the road. However, initially, I never saw myself as a serious collector of classic vehicles.”

Things took a different turn when one day, five years ago, he was surfing the net and saw a Jaguar XJ 40 for sale in an Attard garage.

“Although it had been idle for more than seven years, it was still in a very good condition. I fell in love with the vehicle, for besides its good state, it also had a chequered history, in that it once belonged to Anthony Miceli Farrugia, a captain of Maltese industry, and his initials still stood on the personalised number plate”.

A deal was soon done. The 1987 grey colour model only needed new tyres, filling up the air conditioning, and just minor adjustments to the upholstery.

The XJ 40 was a full size luxury sedan produced by Jaguar between 1986 and 1994. This model harnessed the Jaguar independent rear suspension arrangement, and featured a number of technological enhancements such as an electronic instrument cluster. Although the new model design was already on the drawing board in the early 1970s, it took a long time coming off the production line owing to the oil crisis as well as internal problems with the parent company British Leyland. When it eventually saw the light of day, the XJ 40 was at the time the most extensively tested car the company had ever developed. It also pioneered significant improvements to how Jaguar cars were designed, built and assembled.

Despite having one classic car in the garage, two years later Alex started to feel frequent bouts of nostalgia for the former family car, the Fiat 132. Aware that one of his clients had such a model, he made discreet enquiries, only to be informed that the vehicle had just been sold to a Qormi car dealer. He pursued his dream with determination, and finally landed what he wanted.

“My eyes lit up when I saw it, bringing back many happy memories. The 1980 blue 2000cc model was in a good condition, with no rust. All I had to do was change the ball joints and the brakes. While in the process, the vehicle was also repainted in the original colour.”

A year later, Alex felt that the two classics should have a convertible as a companion.

“Initially I started looking around for an original MGB or a Triumph Spitfire. I went to see a couple of models, but they were asking exorbitant money for them. Besides being overpriced, one has also to factor in the cost of restoration.”

He then came across a Mercedes SL coupe in Mqabba, which tugged at his heartstrings. He went to see it with a knowledgeable friend for expert advice and guidance, who told him to seek something else. Some time later Alex came upon a similar model in Mosta.

“I went to have a look at it at six in the evening, and I just melted in front of it. The 1979 pearl white, 500 V8 model was in excellent condition, and I bought it on the spot. All it needed was a new battery.”

The Mercedes SL – super light – was a grand tourer sports car which started production in 1954. The original idea was to put on the American market a toned down grand prix car tailored to well heeled performance enthusiasts. The first model was the so called Gullwing, with the doors opening upwards. The SL tag also refers to the marketing variations of the vehicle, including engine configurations spanning a number of design generations.

A year ago, Alex was talking to another of his clients, a car dealer in Tarxien, and the subject turned to classic vehicles.

“Being aware that I already had two old motors, he told me that he had just the right car for me. He showed me a 1987 blue Mercedes Benz W126 that had been inactive for seven years. The engine did not start, but being in good condition, I bought it.”

The W126 was the second generation in the S-Class Mercedes models, having a more aerodynamic shape retaining the unique design elements of this type of vehicle. Produced between 1979 and 1991, it aimed at an improved ride, better handling, improved safety and fuel efficiency. It was the most successful S-Class model in terms of units produced and production duration.

Towing it to his Siggiewi farmhouse, he went over the six-cylinder V8 vehicle and identified areas for restoration. New rims and tyres came from Germany, similar to the multi faceted grille. All fuel items – petrol pump, filter, tank – had to be changed. It also needed panel beating to remove two small rust pieces.

Alex laments the length of time classic cars have to stay inactive while waiting to undergo restoration.

“In my youth, I used to do everything myself. I took the family Fiat apart and reassembled it several times. But now I have become impatient, and fear that I may damage my vehicles if I tamper with them, so I take them to the specialists for them to carry out the needed tasks,” admits Alex, who besides his full-time work, also balances two other part-time jobs.

Alex is a regular participant in Old Motors Club activities.

“When I bought my first classic five years ago, a relative who is keen on old motor bikes, told me about the club, and I joined immediately. I also go on the Sicily trip with the Jaguar, accompanied by my wife Elizabeth, who although not too keen on classic cars, helps me out to procure needed parts.”

Regarding the local old motors scene, he says that there are many enthusiasts, and the hobby is getting bigger. However, Alex adds that traffic has become a great problem, with many drivers becoming intolerant. “Now you can never say that there is one day where traffic is light. Then there is the parking problem – you have to be careful where you leave your old car, for if the vehicle gets a small scratch, it is not easy to combine the spray, and you have to paint it all over again,” he rues.

The meticulous Alex keeps his vehicles in an impeccable condition, in a large, clean, tiled garage, and totally covered to avoid contact with dust. He would like to add to his collection – a Triumph Herald 13/60 or a Jaguar model come to mind. But space is a problem for him, and acquiring a new garage for the moment is out of the question. 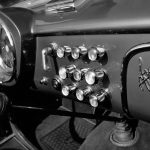 Maserati celebrates the A6G 2000
Next Story » 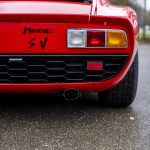