The Italians are very good at making things glamorous. I mean, just look at their pasta – curly ones, tube-shaped ones, spaghetti. Let alone designer clothes, and perfumes. But where they have really excelled in the past is in exotic car design. The two most famous design houses undoubtedly have been those of Bertone and Pininfarina with Bertone aligned with Lamborghini and Pininfarina to Ferrari.

Of these, Ferrari is the better known brand, not just because of their designs, but more from their racing pedigree. In fact, in 1966 they were left standing when Lamborghini unveiled their amazing Miura. The design was revolutionary, adopting the new racing mid-engine configuration, which Ferrari were slow to adopt and, even with their new model, the Pininfarina designed Daytona, they stuck with their established front engine, rear wheel drive layout, which in coupe form especially, paled by comparison.

The Bertone designer of the Miura, Marcello Gandini had, through the success of the Muira, set himself a tough challenge to create Lamborghini’s next model for 1974. In fact, he gave a hint of things to come with his 1968 Alfa Romeo Carabo concept car. The finished product, delivered for production as the LP400, was not just sensational, but was to become the most impactful design in supercar history – the Lamborghini Countach.

Constructed with aluminium panels, the front wedge profile and flat squared lines of the Countach were an entirely new concept and was to set the template for many of the mid-engined supercars of the future. The front lights (not the headlamps – they were pop-up) simply made it look evil, while the rear light array was just plain sexy. This, combined with vertical scissor opening doors, ostentatious air vents, classic rear wheel cut-outs, and luxurious interior, the car screamed for attention.

Apart from the mid-engine configuration, about the only thing in common with its Miura predecessor was the engine. The first model was powered by the proven carburettor 3.9ltr, 374bhp V12, which at the end of its long production run in 1990 had been replaced by a quattro-valve, 5179cc, 449bhp fuel injected engine. This gave the Countach a 0-100km/h time of 4.7secs and a top speed of nearly 300km/h.

Although the basic bodywork remained unaltered, later models featured skirts, wheel arches and different air vents, which accommodated wider wheels and improved suspension for better handling and resolved inherent engine cooling problems. A rear spoiler was also added, which actually did nothing to help the aerodynamics and was purely for effect. In fact when driving at high speed it was found the wing made the car uncomfortably light on the front end.

As outrageous as the Countach was, it was decidedly quirky as well, as I found out when I had the chance to drive one in 1978. Surprisingly, the window glass panels were all flat with no curves at all. It had door window winder handles – not electric – but then the tiny windows only went down about 30cm, about one turn, because of the shortness of the doors. The air vents in and behind the doors were not actually vents, with one housing the fuel filler cap and both housing the door opening buttons facing downwards, as were the door key locks – so if you wanted to get the key in first time you would have to get down on your knees to see.

Driving was also interesting. The double blade wiper only came over to halfway across the front of your face because of the windscreen shape; the pedals were offset to one side (like an old Triumph Herald); the steering, with even no weight at the front, was really heavy and didn’t lighten up even when you got going; and the rear vision, well, there wasn’t any. The wing mirrors were basically useless and on this early model there was a sort of periscope contraption, which gave you the tiniest view if you looked through it at exactly the right angle.

But at the end of the day who cared. It was a Lamborghini Countach – and it was beautiful. 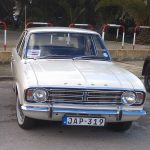 Caring for a Cortina
Next Story » 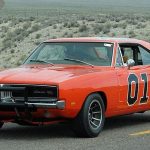