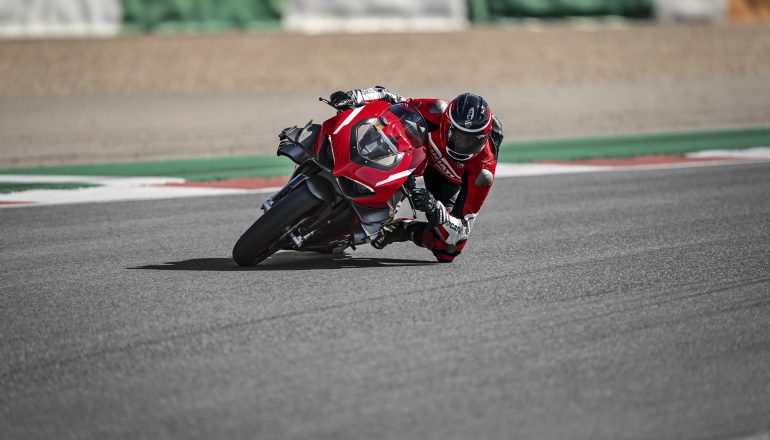 Ducati has released its Superleggera V4 – the brand’s lightest, most powerful bike ever produced.

Limited to just 500 units, the V4 weighs in at just 152kg dry, yet pushes out 220bhp in standard form, or 230bhp when equipped with a track-only Akrapovic exhaust unit.

It’s the first road bike to benefit from a full carbon frame, with the front section and swingarm saving 2.4kg over the regular V4’s aluminium alloy chassis. A lighter Ohlins suspension system, with a pressurised fork and lighter machined aluminium fork bottoms, a titanium shock absorber spring and GP-derived valves help with the absorption of bumps in the road during the initial stage of compression.

Three programmed riding modes are incorporated into the bike’s systems – Race A, Race B and Sport – which come alongside five additional modes which can be individually personalised to the rider’s desired settings.

The brake system is taken care of by Brembo, with a new set of calipers exclusive to the V4 Superleggera.

Each bike gets an individual number and certificate of authenticity, while that number is also displayed on the frame, front yoke and the key. With just five bikes produced by Ducati per day – owing to the motorcycle’s complex construction – the Italian firm expects first deliveries to arrive in Europe this June. Upon buying a V4 Superleggera, owners will be offered the chance to ride the Panigale V4 R – which is used in the SBK World Championship – on a test track at Mugello. 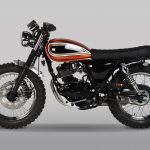 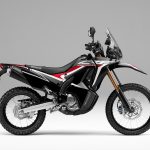