A life in classics 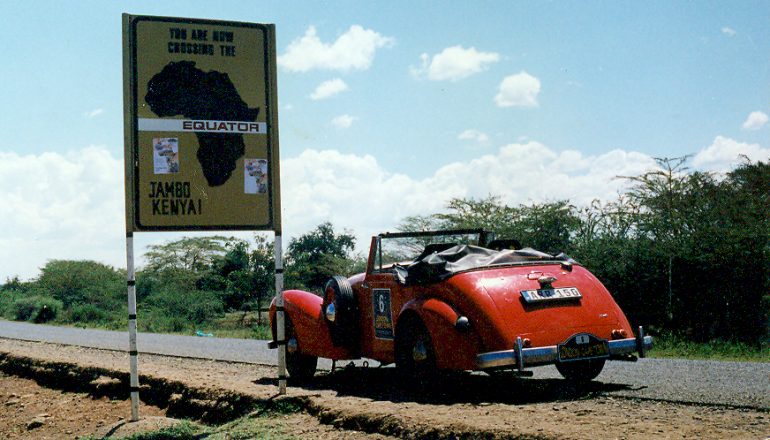 With single-mindedness and sheer tenacity, David Arrigo has managed to create, cultivate and lead the classic car cult in Malta, says Joseph Busuttil from the Old Motors Club.

In Maltese old motoring circles, David Arrigo is regarded as the doyen at the court of the classic car. With single-mindedness and sheer tenacity, this larger-than-life figure has managed to create, cultivate and lead the classic car cult in Malta. Over the last six decades, the initial trickle of adherents has risen to a flood of firm and faithful believers, witnessed by the escalating and healthy number of local car collectors in Malta today.

His passion for cars started in childhood.

“My maternal grandmother raced a Mille Miglia Speciale Alfa Romeo in Italy in the early 1930s and my father loved cars, initiating me to cars in 1945 with his 1937 MG Magnet. My mother drove a Topolino and was the only woman driver in the street where we lived.

“Being the first chartered accountant in Malta, my father had most of the main car concessionaires as clients. Eager to see newly imported cars I accompanied him to his clients’ garages where I also drooled over stocks of old cars taken in part-exchange.”

Also etched in his mind were the vehicles that plied the Sliema front, belonging to the Sliema elite. Compounding the interest, his father would regularly buy him the latest Dinky car models, as well as Airfix model kits to assemble. The car collecting die was cast.

Sent to boarding school in England aged 10, he later followed his father into accountancy in London. Buying a 1932 Lagonda from his tutor in Wales while studying for his intermediate exams, he sadly had to sell it to finance another course for his final exams. He describes car collecting as an incurable and developing hobby, a lot of which is nostalgia.

“Car collecting in Malta in the late 1960s and early 70s was a novelty. After the war people wanted brand new cars so old vehicles were relatively cheap. I was lucky enough to track down and buy many of the actual cars I remembered from my youth, rare and exciting sports cars from the 1950s, like a Morgan, Bristol 400, Jaguar XK 120, Porsche 356, Austin Healey 100/4, a Fiat Topolino Model A and others. Aged six, I never forgot the red Allard displayed in the foyer of a Gzira cinema. I rescued it in 1972, restored it and drove it halfway across the world – twice. These cars replaced my Dinky toys my mother had given away while I was at boarding school.”

In a wider perspective, he prevented these vehicles from leaving the island, as British and American servicemen were pinching them by the dozen. He developed a very keen interest in what he describes as ‘Malta cars’, vehicles brought to the island when new, having spent most of their time here.

Once in 1968, while in Gozo he heard about an old car in a derelict windmill nearby. It was a 1904 Siddeley, the first vehicle to come to Gozo, put away and forgotten since 1907.

Unsuccessful in its acquisition through being pipped to the post by an English collector, he managed to repatriate this treasure 46 years later.

He is also the proud owner of the second car to be registered locally, a 1904 Cadillac, also forgotten about in an Mdina palazzo for half a century. The aristocratic owners of the so-called Inguanez Cadillac had never been willing to sell. However, the determination of youth managed to buy it in 1968.

Barn finds are every collector’s dream. Arrigo is lucky to have had several. Although once inexperienced in restoration, maintenance and upkeep of a veteran vehicle he learnt quickly, restoring the Cadillac and not only getting it to run after 60 years, but successfully drove the car in the 1972 London to Brighton Veteran Car Run to the finish in time and on its maiden voyage.

His need for speed is reflected in three, historic open-wheel Formula Monza 875 Monoposto racing cars, now raced in the local Mdina Grand Prix. A realistic dreamer, he says he needs another lifetime to bring all his unrestored cars back to life.

Historic motorcycles are also part of his passion. His collection includes some unique and historically important veteran machines including a 1914 Metro claimed to be the world’s sole surviving specimen. There was a phase when he collected military vehicles, many of which are now in museums in the UK – space for such huge vehicles being limited in Malta. A classic boat – a 1951 aluminium Albatross speedboat is also berthed among the old motors.

Another aspect to this colourful character is car building. He has constructed a number of retro Barchettas, based on the iconic Fiat 500, as an open sports version. He is often seen driving them – believing that open top motoring keeps one young.

Having lived in England, Zimbabwe and South Africa and rallied three times half-way across the world, Cairo-Cape Town, Peking-Paris, London-Cape Town and in many European rallies, as well as driving his mother from Boston to San Francisco via Miami, Arrigo sees Malta in an international perspective, a haven for old cars. He advocates for more concours d’elegance events, hill climbs and historic car races, attracting overseas entries.

“Another wish is for a small race circuit for test driving and racing all sorts of cars, including old timers. Besides, such a circuit would attract young people to classic vehicles – something needing promotion.”

Practising what he preaches, he has participated numerous times in the annual London to Brighton Veteran Car Run. The Willys has been on two Great British Film Rallies in England and France, once even being flown to London. The Allard made Maltese motoring and journalist history when in 1997 Arrigo entered the Allard in the first Peking to Paris rally relaying, with pictures, the progress made across Asia via Inmarsat satellite telephone in a series of weekly articles published in The Sunday Times of Malta.

As a pair to the Allard found in Mosta, he also bought and rescued a similar model from England as a box of bits. A year later both were driven to Cape Town in 1998 on a rally, the latter car being the overall winner winning a gold medal. The journey was an unbelievable 50-day adventure.

“It is better investing in classic cars than building more and more blocks of flats, although they have no Malta history today, but in time they will. Admittedly, it is now harder, if not impossible to find historic vehicles locally, and aspiring collectors have to look for them abroad. This is very important for the national heritage, not having preserved as many cars as we should have. Seeing beautiful old cars on the road promotes success and stability of the country.”

An avid writer, he has written, among other publications, Majestic Cars and the Palace Square, a definitive catalogue of Maltese vehicles throughout the ages, seen through period photographs. Celebrating the Inguanez Cadillac’s centenary in 2004, Arrigo published a book featuring its chequered story. Presently he is compiling a book on the Malta buses along with researcher and bus aficionado Richard Stedall.

A firm believer in the adage that a crisis also brings an opportunity with it, he is positively harnessing the current COVID-19 constrictions. Technically gifted, he has built five engines during the lockdown period, is restoring a pair of Fiat Jollys, building an Abarth Barchetta as well as concentrating on finishing his major literary work, the definitive book on Maltese family businesses. He is very keen to lead and encourage the next generation in the passionate art of preservation and restoration.

“I would like to teach young apprentices, not only to relay technical skills, but also to imbibe them with the heartfelt care and custodianship that an old vehicle rightly deserves. This however, should come with some form of help, either from the EU or some other authority or foundation.”

He hopes to protect his collection through his own foundation that is in formation. It is said that creative creatures are denied cerebral rest and Arrigo, always sprouting new projects, is clearly a case in point.

Vintage A life in classics
Next Story » 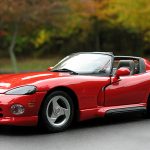