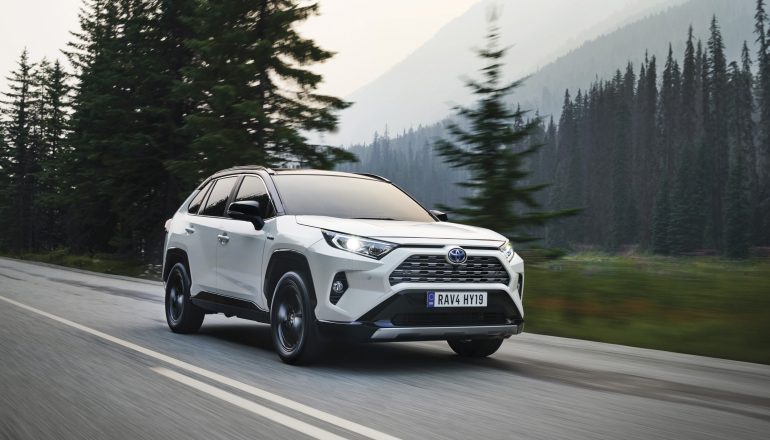 The new Toyota RAV4 promises to be a massive improvement over its predecessor. Tom Wiltshire headed to Barcelona to find out

Two big buzzwords dominate the latest Toyota RAV4. The first is SUV – a segment the brand was an early adopter of with the original RAV4 back in 1994, and one that, by its own admission, it’s now lagging behind in.

The second is hybrid. So confident is Toyota in its hybrid powertrains that you won’t be able to specify the RAV4 with anything but in the UK. Can it really be blamed, with the anti-diesel rhetoric still at the forefront of buyers’ minds?

However, there’s more than just a powertrain that makes up this new RAV4. It’s in fact been the recipient of a serious rebirth, aimed at making it a true alternative to the most popular petrol and diesel SUVs in driving dynamics, interior ambiance and cost of ownership.

There’s a whole new chassis architecture under the skin of the RAV4. The platform, catchily named TNGA-K is the same that underpins the Lexus ES as well as the Toyota Camry and Avalon in the US. It’s heavily related to the GA-C version which sits under the skin of the Prius, C-HR and Lexus UX, too.

That brings with it an all-new body covered in cuts and slashes – a distinctive if divisive styling language – as well as a seriously improved interior inspired by the C-HR.

The previous RAV4 offered a petrol engine, two diesels and a hybrid model. For this generation though, it’s hybrid or the highway.

It takes the form of a 2.5-litre petrol engine running the super-efficient Atkinson cycle, mated to an electric motor. It’s paired with, inevitably, a CVT gearbox, and can offer front- or four-wheel drive via a second motor on the rear axle.

Power output is an impressive 215bhp for front-wheel drive models or 219bhp for four-wheel drive cars. That actually equates to pretty rapid acceleration for both – the latter can crack 60mph from rest in under eight seconds, the former just over. You’d need to opt for a pricey 2.0-litre TDI 190 version of the Volkswagen Tiguan to match that, and put up with higher emissions to boot.

Where all that work pays dividends is in the running costs and specifically CO2 emissions. The RAV4 emits just 102g/km in its cleanest form – supermini-rivalling levels of emissions. Crucially, it’s a massive 18g/km undercut from its main competitor, the Honda CR-V Hybrid. That’s good news for company car drivers. Fuel economy is diesel-like too, at around a claimed 50mpg.

Saying this handles like a thoroughly well-sorted compact crossover is less faint praise than it appears, and is certainly something we couldn’t have said about the RAV4’s predecessor. It’s all down to that new platform – TNGA makes the RAV4 57 per cent stiffer than its predecessor, but wider and lower, with fatter tyres and shorter overhangs. It also increases ground clearance for a little extra off-road prowess.

We tested the all-wheel drive RAV4 on a short off-road course, more challenging than anything most owners will put it through. It should be able to cope perfectly well with the occasional muddy lane or steep driveway.

As for on-road handling? It’s up there with some of its best competitors. The RAV4 handles directly, without too much body roll. Decent grip levels and a late-acting ESP system actually make it quite fun in the corners.

Previous RAV4s could be criticised for looking a little bland, but Toyota’s ensured the same criticism can’t be levelled at this model. It’s immediately recognisable, with polygonal styling leading to distinctive cuts and slashes across its bodywork.

Round the front, the wide, downturned grille and prominent nostrils give the RAV4 one heck of a snout. The rear is relatively generic, though inoffensive.

Toyota reckons 60 per cent of drivers will opt for one of two top-spec trims, which bring projector LED headlights, 18-inch alloy wheels and – in the case of the Dynamic trim – optional two-tone paint finishes. These go a long way to smartening the RAV4 up.

The interior of the RAV4 is a really mixed bag. Some aspects really are below par – the infotainment, for one, which is dated and completely lacks the sort of smartphone connectivity that we’ve come to expect from new models. Materials too aren’t quite there. It’s ergonomically very good, however, with comfortable seats, bags of adjustability for the driver and chunky, easy-to-find buttons and dials.

Space is a strong point, too. The rear seats are really commodious, and a six-foot passenger can happily stretch out behind a driver of a similar size. With 580-litres on offer, the boot’s not half bad either – 83 litres up on the CR-V hybrid.

Step up to Design grade and the wheels are upgraded to 18-inches, navigation is added to the infotainment system and you also net keyless entry and a power tailgate. Range-topping duties are shared between luxurious Excel and ‘sporty’ Dynamic – both gain projector headlights, power adjustable and heated front seats and blind-spot monitoring, but Dynamic models feature gloss black trim and optional bi-tone metallic paint. There’s an awful lot to like about this new RAV4 – it drives well, is spacious and comfortable inside and, provided you don’t push it too hard, has the potential to be a superbly relaxed and very efficient cruiser. And there’s no arguing with the efficiency figures – achieving such low CO2 is seriously impressive. 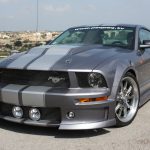 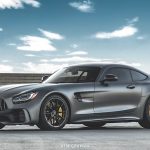