The Peregrine Falcon aka The Busa 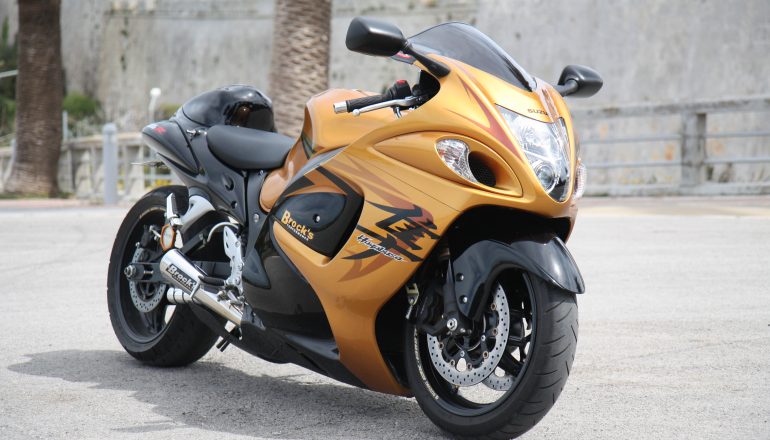 This bird travels at over 200 km/hr and as a predator, feeds frequently on the common blackbird.

When it first came out in 1999, the task of this hyper sports bike from Suzuki was to out­perform what, at the time, was the fastest production bike in the world, the Honda CBR1100X or better known as the Blackbird. No prizes for guessing what the Japanese name for the Peregine Falcon is…

The first Hayabusa was powered by a 1298cc, four cylinder in line, liquid-cooled engine which remained mainly unchanged up until 2007. The figures were astounding: 156bhp, 0 to 60mph in 2.6 seconds, ¼ mile in 9.77 seconds reaching 147mph and a top speed of 190mph. However as from 2001, the performance on the standard bike was brought down a notch.

Suzuki have so far sold over 100,000 units of this incredible machine and the changes intro­duced have gone down well with the model loyals and bike fans in general.

The new GSX 1300 R comes with headlamps and fairing that are more aerodynamic, a standard double bubble windscreen which is half an inch higher and a similarly shaped tank which however is actually lower that the previous one to give the rider the opportunity to lie even lower behind the windshield when assuming a racing position.

It has retained the same wheelbase at 58.5 inches, however the overall bumper-to-bum­per length has increased by 2.3 inches. The new engine houses titanium valves, chrome-moly connecting rods and a new fuel-injection system giving 12 per cent improved performance. A larger oil-cooler and curved radiator improve cooling, while the 4-into-2 into 1-into-2 exhaust helps achieve Euro 3 emission standards. Massive acceleration and ferocious top speeds require proportionate stopping power, so the Busa is fitted with Dual Tokico Calipers pushing four pistons in front which have been paired to a smaller front disc, improving break performance whilst enabling quicker steering movement.

Top Suzukis are fitted with the S-DMS system whereby from a switch on the handlebar, the rider can opt between different riding con­ditions and the ECU will adjust its mapping accordingly.

In standard mode, the Hayabusa already boasts outstanding performance but the owner of the 2009 model I rode just could not get enough. He took the new machine to pieces and carried out every enhancement possible to boost performance further.

The bike was lengthened to give it better stability and refrain it from lifting at take-off. This is further achieved using a triple clamp and racing straps which lower the bike from the front. The front and rear chain sprockets have been changed to enhance acceleration and the entire exhaust system, from the manifold downwards, has been replaced but a Brooks racing unit. The bike is fitted with a state-of-the-art Power Commander and a special computer unit has been imported to give readings and enable the optimal programming of the ECU.

My favourite modification, though, was the air shifter that includes a flasher to indicate the optimal shifting moment and a system whereby, at the turn of a switch, the rider shifts gears sequentially by pressing the horn button.

Apart from the thrill that this incredible machine gives an adrenalin junkie like myself, it is also a mechanical masterpiece and this can seen from the incredible times that this bike is clocking at Ħal Far.

This article was first published on Times of Malta on April 6, 2009

Bikes The Peregrine Falcon aka The Busa
« Previous Story 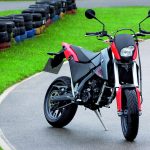 See it soon at Apple’s Eye
Next Story » 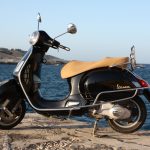