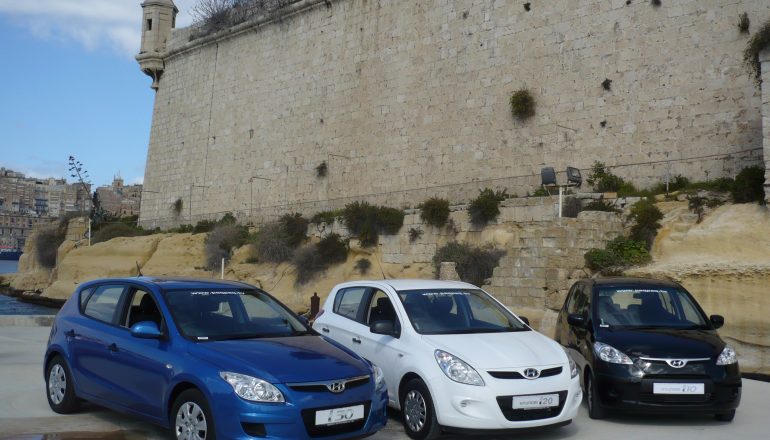 I have followed the recent transformation of the Hyundai brand with interest. They have always built vehicles that, although largely uninspiring to drive and somewhat bare and basic, they were practical, economical and will go on forever without a hitch. These are also generally decently priced. Judging by the number of Accent, Getz and Atos models on our roads, it is evident that, locally, this formula worked well and the brand is renovating its product range to make things even better.

In 2007, I was invited to drive a new model from Hyundai in Vienna. The i30, which I initially assumed was to replace the Accent, actually created e completely new segment for this company, fitting nicely between the Accent and the Getz and reinforcing the brand’s already strong position in the small and medium sized market. The biggest innovation brought about by the i30 and the creation of the ‘i’ range was that this Korean manufacturer had now started designing, and in some cases actually building, these vehicles in Europe… specifically directed towards European consumers. In fact, the new generation of vehicles is designed by the Hyundai European team based in Germany and the i30 is built in a state-of-the-art facility in the Czech Republic.

This new model, which shares its underpinnings with the Kia Cee’d, introduced a more contemporary design language with a styling many claim resembles that of the BMW 1 Series. However, design was not the only thing to change and, whilst building on the existing model strengths, Hyundai set out to improve those areas in which it was previously weak – serious upgrades in suspension and handling, a modernised interior with lots of standard kit and many ‘big car’ options to choose from like leather interior, sat nav and Bluetooth connectivity. Offering decent interior space and a high level of safety, the i30 turns out to be a car that is desirable and actually fun to drive. It comes in a 5-door hatchback, as well as a wagon version. To reinforce the brands reputation for reliability, it also comes with a full 5-year warranty.

In 2008, I was invited to Palermo to drive the model with which Hyundai was going to replace the immensely popular Atos, the new i10. This marked another important strategic step in Hyundai’s plans for the European market, offering one of the smallest and best priced models to compete in what is essentially the biggest and most important segment in this market. The list of potential customers for this car is endless, starting from students and first time buyers looking for a small, trendy, economical and reliable vehicle, to pensioners who no longer need a big family car. It includes families who require a second car to ferry the kids around and run errands and those who have limited parking space, in their garage or otherwise.

Hyundai was already well positioned in this segment with the Atos and faced the daunting task of replacing a successful model. The main benefits of the outgoing, entry-level vehicle were the balance between the small exterior dimensions and generous interior space, and the economy factor in terms of consumption and maintenance, all at a very affordable price. The i10 managed to built on these strengths, adding a dose of styling and interior comfort, an improved ride and superior handling, increased levels of safety, engines with better performance, lower emissions and delivering more miles per gallon.

The difference in price more than justifies opting for the 1.2 rather than the 1.1 litre engine, improving the pulling power but at the same time retaining the same levels of economy and emissions. This, combined with Hyundai’s reputation for building cars that are impressively reliable, is sure to continue worrying the numerous competitors in this segment.

The latest addition to the ‘i’ range is now also in Malta. The i20 will be replacing the Getz and completes the trio of small cars designed in Europe for Europe by the Korean manufacturer. The local market has already shown a very keen interest in the new incarnation and orders are flowing in steadily. But what is it that is making this car so popular locally?

The excellent use of interior space has actually improved since the i20 is slightly longer and wider than the Getz, while the interior has been upgraded using superior plastics and more a stylish design. Even the basic models are well accessorised with air-conditioning, central locking, CD with MP3 player and a height adjustable driver’s seat all as standard features. An interesting range of economical engines emitting low levels of CO2 while delivering increased output across the range are available. Customers can choose between a 1.2 (77bhp) or 1.4 (98bhp) petrol engine, or a 1.4 diesel with two power outputs, 74bhp or 89bhp.

Safety in the i20 has been given top priority and has won the car a prestigious award by Belgian journalists in this regard. ABS and six airbags are standard across the range whilst ESP is an affordable and strongly recommended optional extra available on every model.

As with the other two models in the new range from Hyundai, the biggest advancement in the i20 is its improved ease and comfort when driving it. Steering, gear exchange, suspension and road holding have all been taken to new levels and the car is now as good looking as it is fun to drive.

This article was first published on Times of Malta on March 2, 2009 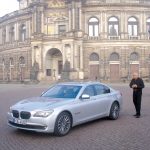 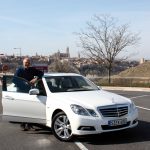