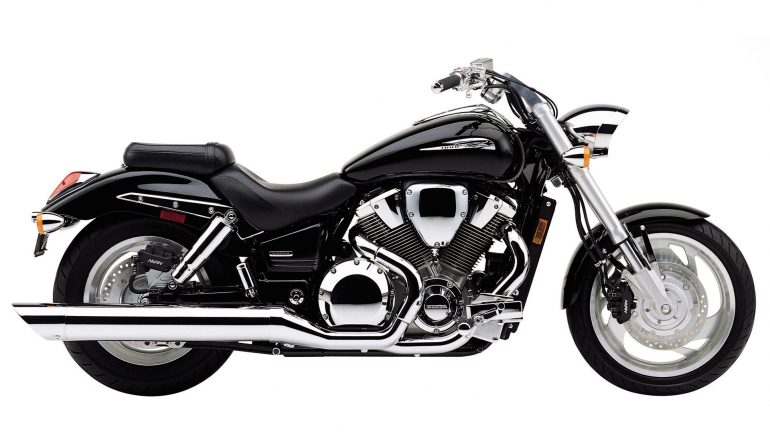 I had not been over to Gordon’s showroom for some time as the Christmas period was quite hectic and I had to content myself with buzzing around on my Vespa, riding more for convenience than for pleasure. So when I opened my diary and spotted the first commitment-free Sunday morning, I made my way to the Valley Road ‘Mecca’ in search of something thrilling… I was in desperate need of a serious biking ‘fix’.

The showroom was nicely full, with an unusual bias on larger bikes forming part of the last consignment to be registered under the old system before the crazy new taxation on bikes over 800cc came into effect on 1st January this year. I was looking for a big, powerful cruiser with which I could spend the early hours of Sunday morning riding away the pressure and stress that life invariably piles onto you, to eventually meet the group of like-minded bikers at Cirkewwa and Apple’s Eye where we exchange intimate secrets on our two-wheeled lovers and try to solve the problems of the world over a coffee.

The choice was difficult. Instinctively, I was attracted to an immaculate Harley V-Rod but ultimately I opted for the meaner, wilder and less common VTX 1800. The praises of this bike had been sung no end by my friend Edwin Bonello who has been riding the only other 1800 known to me for some three years and the prospect of experiencing this bike thrilled me, even before I actually started it up.

This amazing cruiser was first introduced in 2002 and, at the time, it had the largest displacement V-Twin production engine on the market with four inch pistons making them the widest fitted in any vehicle, car or bike. The massive engine fills every inch of space between the tank and the lower frame and growls menacingly to life when you start it from the rather oddly located ignition behind the rider’s left leg.

The styling is long, low and muscular and Honda managed to create a bike with equal doses of power, beauty and grace. A uniquely- styled headlamp, a sleek tank and a beautifully cut rear mudguard give the bike looks to die for, distorted only by the sissy bar which remained in place only because I knew that, sooner or later, I would sadly have to return the bike.

The power is impressive but the torque is awesome, delivered to the wide rear wheel via a shaft with smoothness unlike any V-twin I had previously ridden. A twist of the right wrist sends the bike lunging forward with the panache of a cruiser but with the wickedness of a racing bike. Reserves of power are at the rider’s disposal on any gear, from any speed. Although the model I tested did not come with ABS, it was fitted with a unique braking system whereby the hand brake activates two thirds of the front pistons, while the foot brake operates all the rear pistons as well as one third of the front ones making braking balanced and efficient.

The seat is amongst the most comfortable I have come across and this is matched with good suspension… contributing to a great ride. The driving position is brilliant. An interesting experience for me was the sensation of my feet being gently lifted off the forward pegs as my trouser legs filled up with wind when accelerating rapidly. The long, low stance of the bike reduces ground clearance substantially so one has to be careful with certain ramps and might have some difficulty, for example, getting the bike onto a jack.

Although obviously not the most fuel-efficient bike, the VTX 1800’s fuel con­sumption is reasonably contained at around 40 miles per gallon giving it an autonomy of around 200 miles. This is particularly imp­ortant if (or should I say when!!) one starts planning an overseas trip with this bike because it is only here that one can truly appreciate its full potential.

I can only confirm whether this American-built powerful cruiser from Honda is a Harley beater once I have spent some time riding the V-Rod that Gordon has in the showroom, something I need to do soon before it finds its rightful owner. In the meantime, I must confess that the VTX1800 is one of the finest and most exhilarating bikes I have ridden to date as well as one of the better looking ones… so for the Harley to beat it, it is going to be difficult.

This article was first published on Times of Malta on January 19, 2009 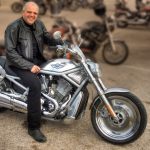 The beauty is also a beast