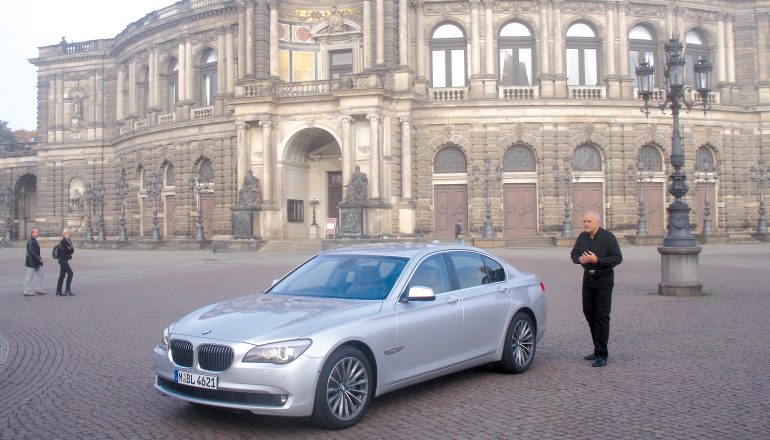 If I were the President of the Republic or the Prime Minister, I would have a serious problem. With an official car like the BMW 7 Series, I would not be able to resist sitting idle in the back, however luxurious and comfortable this is, and I would probably sack the driver as I would want to drive the car myself.

In fact, BMW claim that 50 per cent of their customers in this segment actually drive the vehicle themselves while the other half are driven around by their chauffeur. This means that the company has to make the same special effort for the rear passenger as it does for the driver, so much so that there is a full set iDrive controls for the four zone automatic air-condition, multi-channel audio system with DAB double tuner, DVD system, phone and satellite navigation at the back. BMW also offers optional internet connectivity via the carputer which understandably is available only at the rear since although fast internet connectivity is fine, reading your e-mails while driving at 200km/hr might not be such a good idea.

The armchair-style seating for the rear passengers includes all the adjustments and reclining functions with optional active seat ventilation and massage programmes and big LCD screens fitted on the back of the two front seats.

This was my first visit to Dresden, the capital of Saxony, less than an hour by plane from Munich. Razed to the ground in the Second World War but rebuilt to its original splendour to rank as one of the most beautiful baroque cities in Europe, Dresden created the perfect setting for the launch of one of the finest automobiles in the world. The route chosen for us to experience the latest 7 Series and formulate our first impressions took us through the Erzgebirge Region covering 330km of beautiful country roads and consistently breathtaking scenery.

We are looking at the fifth generation of this luxurious, elegant yet sporty limousine since the series started in 1977, even though BMW have been present in the luxury performance class for over 70 years. The 7 Series is the flagship of the brand and its showcase for innovation and cutting-edge technology whereby everything new is initially presented to the public through this model and will eventually cascade down through the rest of the range. It also embodies BMW’s commitment to build cars that respect the environment through lowered emissions and controlled consumption but still offering luxury and dynamic performance ensuring sheer driving pleasure on each and every one of its models.

The 7 Series looks impressive. It presents a harmonious blend of elegance and sportiness, having the presence necessary to impress in any circumstances yet with a subtle muscularity that gives a clear indication of the sportiness and dynamism that lies beneath. This feeling is carried over inside the car where an environment of luxury and comfort fuses with ergonomics, styling, materials, functionality and positioning that takes this vehicle to a different level.

The car is big and needs serious power to perform even discretely, so a straight six 3.0 litre twin turbo petrol engine on the 740i and a 4.4 litre twin turbo V8 for the 750i are obvious options.

What is surprising, however, is the combination of performance, dynamism and economy that BMW managed to get out of their newly developed straight six, 3.0 litre common rail turbo diesel engine developing 245bhp and 540Nm of torque. With this engine, the 7 Series accelerates to 100km/hr in just 7.2 seconds and achieves a maximum speed of 254km/hr.

At the other end of the spectrum, this new engine emits 192 grams of CO2 per kilometre and with a consumption of 7.2 litres per 100 kilometres, being nearly 40 miles per gallon, it is the most efficient car in this segment. This was achieved by applying the principles of Efficient Dynamics to this model including, Brake Energy Regeneration, on-demand control of ancillary units, lightweight technology optimised aerodynamics and electronically controlled air flap management.

The 7 Series is packed solid with driver assistance tools such as cruise control with ‘Stop and Go’, lane departure and lane change warnings, head-up display, side view as well as back-up cameras and the new Night Vision which can actually identify persons in the dark before the lights show them up. It also offers Integral Active Steering where both axels are utilised to turn the car and the Dynamic Driving Control function where one can select between a Comfort, Normal and Sport set-up.

Driving the 7 Series is impressive as it handles so well you actually forget you are driving a vehicle of these proportions. I spent most of the time trying out all the technology which the test car was invariably fitted with and what always surprises me with BMW is that however futuristic the technology might seem, it is always perfectly functional and so easy to use. A six speed automatic gearbox is standard on all models and shifting is smooth and seamless.

On the highway, I did notice some wind noise as the speed increased but other than that, it is difficult to fault this car in any way.

The prospects of my becoming the President of the Republic or the Prime Minister for that matter are rather slim, but I might try to convince one of them is to employ me as their driver.

This article was first published on Times of Malta on November 10, 2008 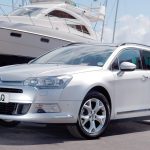 The heat is on
Next Story » 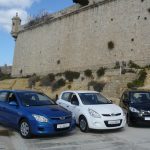