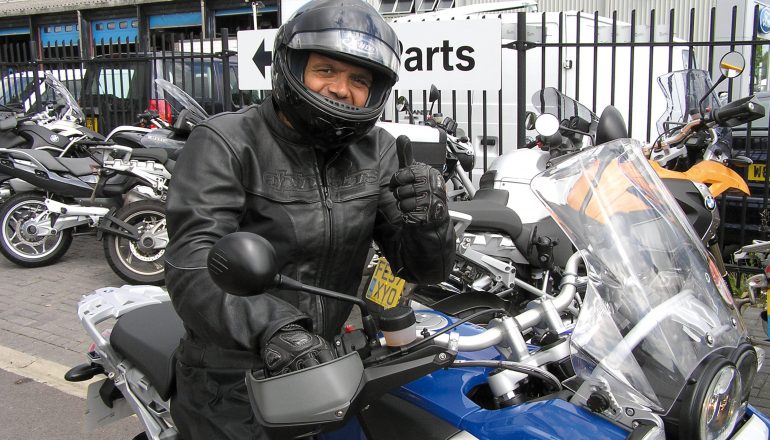 Yet another breathtaking adventure! Riding one of the greatest new bikes available on the market today and doing so in one of the best biking destinations. To my knowledge, not many bikers have actually ridden in the UK. Some have rented bikes in London and went off on a tour and few others have actually ridden all the way to the UK from Malta but the effort, time and stamina needed makes this an option restricted to the truly adventurous.

I have a special relationship with this model as the R 1150 GS was my first “big” bike just after getting my bike licence and still ride it on a regular basis. It was also my first bike review for the TV show and therefore marks an important milestone for Paqpaq. Having become quite familiar with this truly successful machine from BMW, I have been longing to test the completely new model.

The bike for this test was made available by Vines, the BMW Motorrad dealer in Guilford, London, and my destination was Stratford-upon-Avon. Even in the middle of summer, if you are going to ride in the UK you will have to seriously consider your clothing. Obviously, safety is of primary importance so a good quality full-face helmet, protective jacket and pants, riding boots and gloves are essential.

Apart from this, the chances of rain are rather high and therefore a set of waterproofs are also advisable. The laws of probability being what they are, half way through the three hundred mile trip it did start to drizzle and eventually rained heavily. However, being well prepared, this only added to the challenge and excitement. Rain also highlights the situation with the condition of our roads in comparison with those found in most European countries.

The water that hits the highway seems to disappear and the adherence of the tyres to the road surface remains perfect, even in heavy rain – I wish I could say the same of the roads in Malta.

This bike is described by BMW as a Travel Enduro and was popularised by Ewan McGregor and Charlie Boorman, through their incredible voyages using the Adventure version of this bike, to the extent that it became the best selling motorcycle over 1,000cc. This is not the brand’s best touring option, the R 1200 LT is the Rolls Royce of touring bikes, but it is hardly practical for anything else, while on the other hand, the acclaimed (Henry’s Bike) is a fantastic long-distance bike and at the same time is also versatile, agile and particularly fast making it possibly the best sport-tourer available.

It is therefore difficult to identify the typical customer for this bike, obviously it is perfect for the adventurer who intends riding half-way around the world on back-tracks but how many bikers would be realistically planning to do this? The way I see it, it is a bit like the situation with luxury off-road vehicles such as the Range Rover sport, the Audi Q7 and BMW’s own X5 all of which are extremely capable off-road vehicles but non of them actually ever leave the tarmac and are used mainly to ferry children to and from school. In the same way, the R 1200 GS will rarely venture into the wilderness but will generally be used as a fun bike for weekend riding and the occasional overland venture.

It definitely has the looks. Massive, aggressive and dominant, combined with the fact that the horizontally opposed boxer engine protrudes noticeably from either side of the bike, it actually looks daunting to someone considering riding it for the first time. In reality, the bike has a relatively low centre of gravity making it stable, well-balanced and surprisingly easy to handle. The engine is now tuned to 105bhp and increased punch and power are more than evident.

The previous models were criticised for their gearboxes which many considered clunky and often caused a bit of a struggle when shifting. This has been solved because BMW have fitted a brilliant new 6-speed box offering improved smoothness for precise shifting and more dynamic transmission ratios. I noticed that once you exceed 5,000 revs, something which the M25 does allow even though one has to be particularly vigilant due to the ever growing number of speed cameras, the engine offers that additional trust which comes in handy, particularly when overtaking. The ABS braking system provides the necessary reassurance that the bike will stop as and when required with the added benefit the wheels will not lock with less chance of skidding.

As is happening with all its motor vehicles, BMW is at the forefront of technological innovation even when it comes to bikes. The technology on this bike is mind-boggling in terms of sophistication but so user-friendly that even I could handle it first go. Basically you have a computer on board and through one switch on the handle-bar, the rider makes certain selections. The optional Electronic Suspension Adjustment, as it is referred to, requires input as to whether there is going to be a solo rider, if there is a pillion and if the bike is going to be loaded with luggage.

The system distinguishes between on- or off-road journeys and also allows the rider to select between Sport, Normal or Comfort riding. All this information is then used by the system to adjust the suspension of the bike to achieve optimum performance, comfort and safety.

A truly great all-rounder that lent itself to different landscapes I came across on this first, but by no means last, biking trip to the UK. The R1200GS has the looks, talent and robustness to give you the confidence to venture.

This article was first published on Times of Malta on September 1, 2008 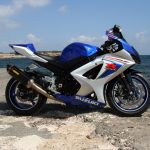 A Gixxer for the wrong reason
Next Story » 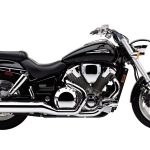